How to Get More Done: Delegate

You can optimize, plan and use all the hacks available, but at the end of the day, there is a limit to how much you can physically do because when the clock strikes twelve, that’s it. But what if there was a way to do more than you can do? There is, you just need to delegate.

Imagine if there were two of you, you could get twice as much done. Now imagine if there was an army of you! This one hack that increases productivity beyond all others is why successful companies have so many employees. They delegate.

Elon Musk couldn’t create a Tesla factory or a Rocket on his own, and you won’t be able to reach your potential on your own – you need to start delegating!

According to Zippia, there are over 58 million freelancers in the U.S, making up 36% of the workforce. Companies are using freelancers to increase their productivity, and so should you.

Before you decide this isn’t for you because you don’t have the money or no one else can do your job, think again! If you already consider yourself productive, there’s not much juice left to squeeze out, and anyway, delegating doesn’t always mean hiring people.

This article is the third in a series, How to Get More Done. Each post covers a different aspect of becoming the most productive version of yourself.

Why You Must Start Delegating Soon

If you’re a writer and you can write an article a day, if you pushed yourself, maybe you could write two, but you’ll never write ten articles a day – unless you hire some writers.

If you get four sales a week by calling potential customers, you could be making ten sales, but if you want 100 sales or 1000 sales, you need a sales team.

The same is true for anything you do.

Which Tasks Can I Delegate?

Delegate anything you don’t want to do! You can delegate more than you think, most freelancing sites offer the following categories:

But you’re not limited to your professional tasks! You can delegate personal projects, community commitments, and even chores or DIY jobs around the house. Anything that you feel isn’t the best use of your time, delegate it.

It’s not about hiring out your entire life, it’s about using your time for the things that bring you the most value and delegating the tasks that don’t. The first article in this series is all about figuring out what you should do, read it!

Can I Delegate My Job?

You might think, “I have a full-time job. I can’t have someone else do it”, but why not?

John (not his real name), a client of mine, was a logistics middle manager for an FMCG (Fast Moving Consumer Goods) firm. His time was split between managing his team, meetings with management, and dealing with suppliers, couriers, and retailers.
His time was best spent dealing with high-level logistics. But his day was often spent giving his team tasks or help and responding to emails.

He needed to be building new warehouse locations rather than helping his team with a single truck driver.

He liked the idea of promoting a team leader and got approval for it quickly, and with the newfound mental space at work, he resisted getting a virtual assistant. He didn’t want to release control of his email inbox.

Despite all the reasons, it all came down to giving up control. We opted for a gradual handover so that he could oversee the whole process. For the first few weeks, all the VA did was sort his email into three folders.

Every day John would look through his Don’t Read folder checking the VA hadn’t missed some vitally important email. But, of course, there never was one. After about a week, he stopped checking.

Next, we let the VA respond to emails that needed a simple response like confirming something, thanking someone, etc.

Soon John was letting the VA schedule his meetings and respond to more complex emails. John gave the VA access to his files so they could send attachments when needed. All he had to do was read his Read folder and tend to the occasional response that the VA couldn’t handle.

He told me he was getting more done, but his work felt easier.

I don’t know how he spent all his extra time, but within nine months, he was offered a regional role.

Who Can I Give My Work to?

At first, you’re not going to want to hire someone full-time and take on all that responsibility; instead, find freelancers for the tasks you want to delegate.

They Won’t Do It as Well as Me

This is the warcry of thousands of small business owners that, despite being in business for ten or more years, still only have one employee.

They might be right. Maybe the people you hire to do your work won’t be as good as you, but what’s the alternative? If you can make 100 phone calls a day and two turn into sales, how else can you hit 1000 sales in a week?

Rather than “they’ll never do it as well as me,” focus on “how can I make them as good as me?”

Whether you hire someone full-time or once as a freelancer, how can you make them produce better work?

With a full-time employee, you have time and the opportunity to train them exactly as you want. But with a freelancer, you need to give clear, concise instructions.

If you’re hiring freelancers often (and you should be), you need some templates, so you don’t have to rewrite your instructions every time.

A template should set your expectations and standards and include a description of your business or what you’re trying to get done. For example, if you ask someone to write you a blog post, “How to wake up earlier,” it’s going to be very different if you own a website for high school students than if it was for retirees.

Once you have templates, you need to tell them the specific task you need them to do this time. The whole process should take as little time as possible.

Keeping good people should go without saying; if you have a good experience with a freelancer, keep using them. Not only do you know that they produce quality work, but they also understand you and what you’re trying to get done.

Imagine you had an assistant who sat at the desk opposite yours, anytime you had something tedious to do, like building out an excel report, making orders with suppliers, or going through a backlog of emails, you could just tell the assistant to do it.

On platforms like Fiverr and Upwork, you can find virtual assistants who will take administrative work off your hands for as little as $5 per hour. Is your time worth it?

First, it would free up your time to do something else. But more importantly, it would save your energy so you could be more focused when working on the things that make a difference. Talking to a hot lead is easier when you haven’t spent the last 90 minutes inputting data into a spreadsheet.

I’m not suggesting you dump your work on your families. But if you look at your task list, you have more to do than just your work. Perhaps your parents would pick your child up from school a few times a week, they may treasure the extra time they get to spend with him or her.

A neighbor may be willing to share dog walking duties, each of you taking it, in turn, every day. An ambitious colleague may be looking for some extra responsibilities to take on.

If you get creative enough, there are people all around you whom you can delegate your tasks, try to think win-win.

I can write a post without any trouble; I’ve done it so many times, that it’s natural to me. But ask me to design an ad for social media, and I can do it, but it will take me all day or all weekend. Luckily I have friends who have worked in marketing agencies and can create an ad like it’s nothing.

It’s the perfect exchange; we both get what we want and save time. I can probably write four posts in the time I save, which is awesome.

You might think, “I don’t know anyone who can do what I need.” But that’s the wrong way to think about the problem; instead, think, “What strengths do I have that would be a good exchange and that someone may want?”

You may be a great photographer or great at making interesting TikTok videos; perhaps you used to be a lawyer or are a trained accountant. Maybe you’re good at DIY or speak a particular foreign language.

Once you know your skills, look for people with what you want, and offer your exchange.

Say I needed an illustrator. I’ll find a Facebook group for freelance illustrators and ask, “I can write killer blog posts fully SEO’d, and I need some pictures. Does anyone want to exchange?”

Setting this up takes a few seconds, but you could save yourself hours of unproductive work.

I have a professional DSLR, and here in Tianjin, I’m known as a photographer in the foreign community; when someone has a wedding or event, they might ask me to take photos. But it can work the other way round too.

Earlier this year I posted on my social media “Anyone want use of my studio and gear, for product/family photos?” There were a few responses, family photos are expensive, and good product shots are even more so.

A friend of a friend asked if he could use the space to take some shots for his social media.

We agreed that he’ll take some shots I needed in exchange, I left him a list with the props to be photographed, and while I was working on something else, all my photos were done for me. It saved me an afternoon of work.

Delegate Tasks that Make You Money

At first, delegating tasks can be a little scary. You’re giving away control, and you need to pay to do it. So, if you start delegating some jobs that will make you money, you’ll understand the value.

Suppose you’re a photographer that spends half your time editing photos. You want to take on more clients, but you don’t have the time; you need to delegate the editing. That gives you time for twice as many clients. If those clients bring in more than you spend on the editor, you’re making money!

If you’re still on the fence try this. Pick a task on your list that you don’t want to do – maybe it’s boring or long – and decide you’re going to use it as a test case to see if delegating really is for you. Decide on a small budget and find a freelancer at Fiverr. You’ll be glad you did. 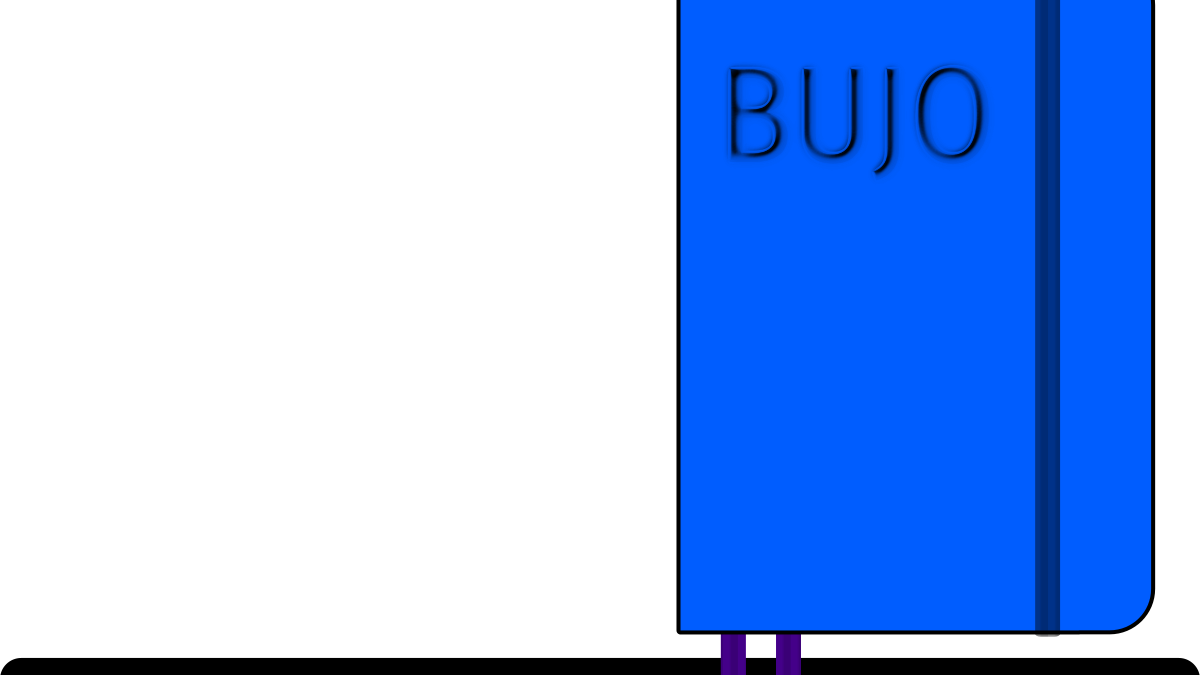